2017 had been eventful for me. Here’s to revisit what happened to the year-that-was:

My traveling life was still decent. I was able to visit a fair number of 3 new countries, Morocco, Turkey, and Taiwan. My favorite was, of course, when I traveled with my family in Taiwan. I was also in awe as I rode a hot-air balloon for the first time in Cappadocia, Turkey. The view was ethereal back there. I also rode a camel for the first time in Morocco. 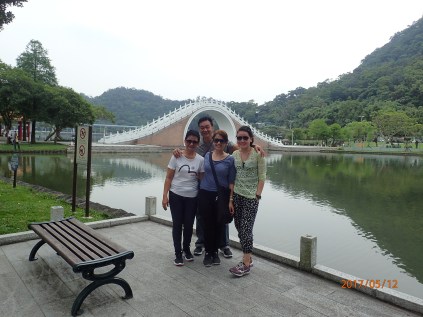 The first quarter of the year, was, however, a bit heavy as I mourn for a person who decided to turn his back on me due to my humanness and imperfections. Third quarter took a 360′ turn, as I met an interesting human being which made me somehow believe again that I could be treated better and that I deserve a little bit more of someone’s bravery. He became my boyfriend by August. In my standards, events turned out very fast between the two of us. We were both brave and ready that was why.

It made me think that losing people or things wouldn’t really turn out to be disastrous all the time. I think I was molded and prepared to be a better person in order for me to be ready in full force when the better one arrived. The loss also made me appreciate the man who appreciated and accepted me despite my imperfections, hence, my gratitude to him is overflowing.

The drawback of having T in my life right now, is, my traveling life might change a little. I don’t know if I will still be able to travel as much especially I know that we are in a long-distance relationship. Why would I go to Central Asia when I know my love is in Australia?

He said he might join sometimes. I hope he does! He came to Singapore 3x since we met, went back with me to the Philippines and went 2x with me in Batam, Indonesia. We are planning to go to Phuket next month. I guess I might be re-visiting all those places I’ve already been and the experience would still be completely different because I am with another person. I am willing to try that but, as I have learned a lot, especially independence, in solo travels, I hope I wouldn’t lose the ability to do so. I hope.

Work-wise, I have been looking for new countries to migrate to since 2014. I had been obsessed to a few like, Indonesia (cos of a job offer which took ages to be processed, hence I got tired) Canada (cos of my friends there, I attempted to apply there, got accepted and eventually, while processing my papers, I lost the job to a local), European areas and now, because of T, I wanted to try Australia. I am looking for a job closer to him and it’s tougher because they have enough of my profession in their area. Maybe I should consider other professions? In line with this idea, I enrolled in a course completely different from what I am currently doing. I am taking Basic Sports Science with the hopes that I could also be a fitness instructor in the future.

This year, I will have more non-solo travels. I will still try my best to go elsewhere every month. Also, I will study and learn more things, maybe those related to my future career-change (maybe) while still, doing my best to find a job near my T. Hope to accomplish all these this year!