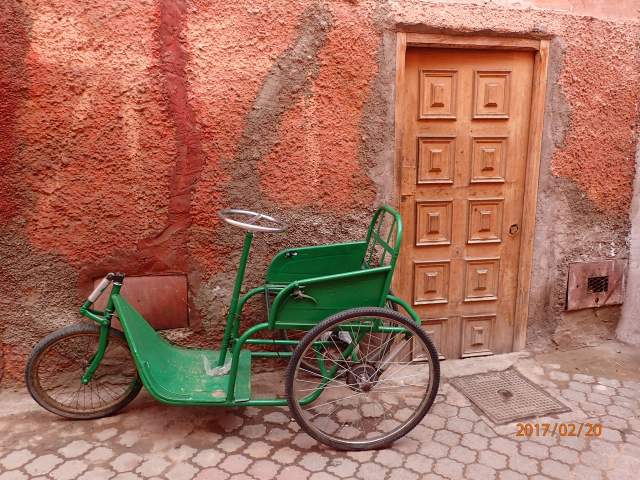 Simplicity of exists, Door in an alley in Marrakesh, Morocco, Feb 2017

Her mom and dad met through a friend.
In her mom’s dormitory, her dad was beguiled.
He never let her go from then on.
They knew what love meant in their twenties.
By choice or by circumstances,
They decided to stick through happiness and hardships.
That was the norm.
To see what was good, choose, decide then commit to the decision.

Fast forward, thirty years later,
People rely on visual cues and finger’s movement,
To gamble,
Emotions at stake.
Overloaded with choices, to decide seems absurd.
Choosing and standing by the decision seems to be a stupid mistake.
It breaks hearts, families, sometimes sanity.

The norm is no longer to stick through happiness and pain.
It has become, to run away as fast if his hair isn’t what she expected,
Her breasts aren’t as perfect as in the photos,
He is into computer games.
Her movement in bed doesn’t feel right.
He doesn’t drive her dream car!
She doesn’t drink, and dance and party!

Superficial reasons become grounds to race to the exist door.
Selecting by eliminating seems to be the perfect method.
The problem is, choices are abundant.
In the ocean of faces and graces,
How and why would one still choose?
Trial and error and error and error.
Right doesn’t exist anymore.
It’s all just mistakes!
Stupid human mistakes!
Tiny weaknesses viewed as enormous barriers!

Stability of friendship and ambiguity in commitment.
Design of the future became the reality of today.
Traditionals break the most.
Conformists enjoy.

Kisses, goodbyes.
Touch and go.
Trial and error.
Enter and exit as fast as one could.
Wrong, they aren’t.
Love is universal.
Be it commited or not.

But reality remains, that in this framework,
Despite it’s beauty and convenience to most,
It hurts a few.
That one percent in this vast ocean of choices.
Could probably be counted by human’s ten fingers
Nine, eight, seven, six, five, four, three, two,
Me!

I was wrong for him.
Whilst I thought he was right for me!

I swiped right!
He just LEFT!