My first organised run of the year. Since my hopes were so high about Canada, I stopped signing up for early bird races this year. Last one I signed up for was Standard Chartered Marathon in December. I wanted to sign up for Sundown, but I thought, I would be busy preparing already for CA by this month, hence I didn’t any more do it. Only to find out that this company is one heck of an unprofessional bunch! Ugh. Luckily, I didn’t need to work with them. <I am awaiting for the reason why this wasn’t given to me.>

Since I didn’t want to waste my sports wear, I decided to start running from home. I would want to burn more calories than a 5Km can burn. So I did it.

I met up with my friend, E at Lavender MRT station. Flag off point was 1km away from the station. Started of with a warm up by a group of athletic people. There wasn’t many runners. If I’m not wrong, maybe less than a hundred. It felt like this was an intimate run because most people know each other, even the organisers. The run started at 8am, supposed to be at 7:45am.

I finshed 6th if I heard it correctly. I wasn’t really paying much attention. But, yeah, I was among the earlier finishers. Haha imagine that?!?! Heat was extreme, it gave me much sun burns. Overall, it was great early Sunday work out for a cause. I was expecting the deaf community of Singapore to be there though, but surprisingly, they weren’t represented. Hmm.

E and the group went for a meal after.

Take home message: I didn’t know that the prevalence of deaf sexual abuse was so high in the Philippines. I would suggest that Deaf schools should teach self-defense! It should be part of their curriculum!hmmm. 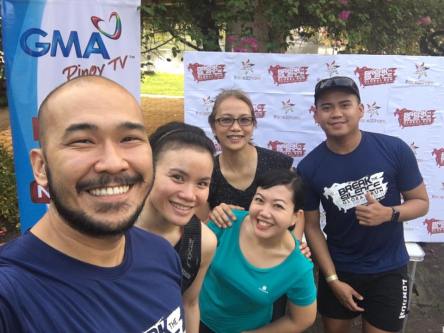 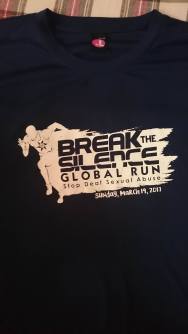