Balestier gals were invited to a private climbing event by our kind Koya N. This is my first time to climb this 510m Gunung in Malaysia. 500+m, hmm, it doesn’t really sound tough right? Yeah, maybe when one goes directly to the summit. What we did was a 4-station climb.

1: Telecom Station – with a nice view point of the City 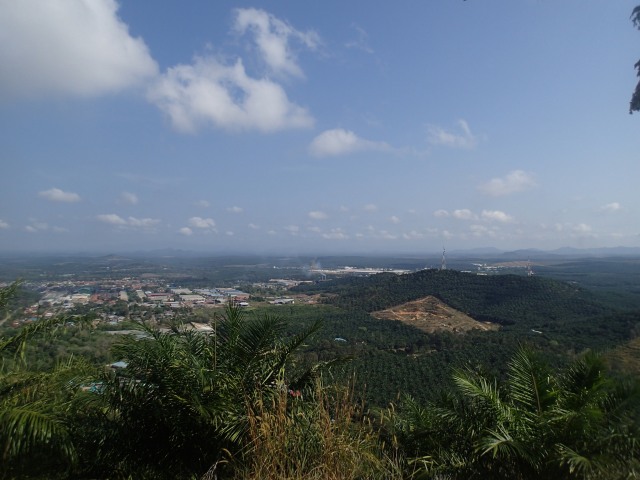 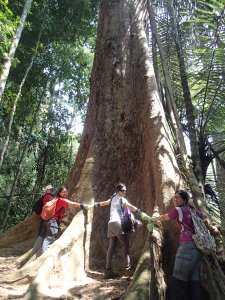 3: Summit Station – nothing much, there was a resting shed but a huge signage at a little view of the city (pic below)

It was an ascend-descend x4 kind of experience for all of us. I have to admit it was a little tougher than what I had expected. Well, I didn’t really expect much because the invitation was very sudden that I didn’t really have enough time to read up.

The trails were steep that we all had to use ropes installed there to help us trudge along. Thank you to those who installed them. At first, because I always train every time there’s an opportunity, I tried my best not to use the ropes and just use my “super” legs power, but unfortunately, my “super” legs turned human from summit to false summit. I used the ropes to assist my strides. My friends were saying “We already saw the summit, why do we still have to go to the false summit?” haha

From the false summit, we would be descending to the resort where we would clean up and go. With the gals leisurely walking along the trails, M suddendly tripped. She couldn’t speak at first and she just continued on calmly breathing in and out. After a while, she managed to speak and try to walk but it was still too uncomfortable for her. I took her bag and her sis, G supported her.

After a few meters, Koya N, was waiting for us and he instructed me go first and inform the Lead of the unfortunate event. So, worried, I quickly ran my way to the foothill (also practicing trail running again), where there was a resort. According to them, some people would start from the resort, we did the opposite. Anyway, I quickly looked for my group and informed them about what happened. I quickly took a shower and waited for them down there while the group went ahead to the city area first.

I decided to wait for them there alone. I wouldn’t be able to get my mind off them anyway. J came down first, then, after about an hour, I was relieved to see Koya N again because I knew that M and G were also able to come down safely. Despite not being able to eat proper food and not having my long-anticipated massage in the city, the happiness I felt that M was still able to safely come down despite her swollen ankle (Salute to the alertness and calmness of the sisters) was a good enough reward for me from this hike….=)