We took the ferrry to have a taste of Macau during this festive season.and the prize for that curiousity was……. 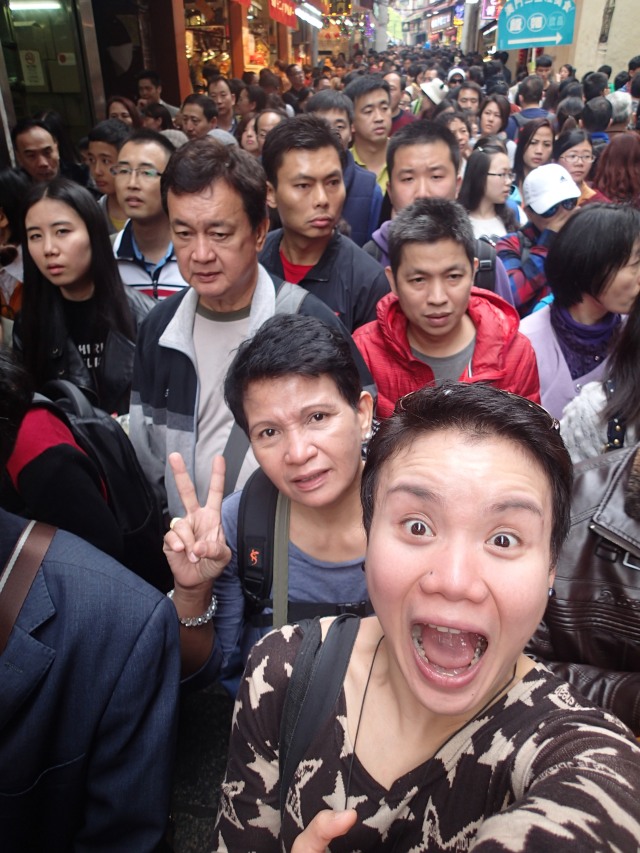 need I say more? Indeed, it was a different kind of experience.

From the Ferry terminal, we went to historical center’s Senado Square via bus. Flat rate for buses around the Center was 3.20HKD or MOP. We took it and followed the crowd when they alighted. I didn’t really plan anything for Macau. So, we just went with the CROWDS flow…literally.

First stop was the Senado Square, where we watched a Lion Dance Show. Then, just nearby was St. Dominic’s Church. A few more meters from there was St. Paul’s Ruins and the fortress beside it, where we literally flowed with the crowd to and out of it. We wanted to go to St. Anthony;s Church by foot but when I asked a few police officers where it was, they all kept on leading me back to St. Dominic’s Church. So, we just decided to take a bus going there. 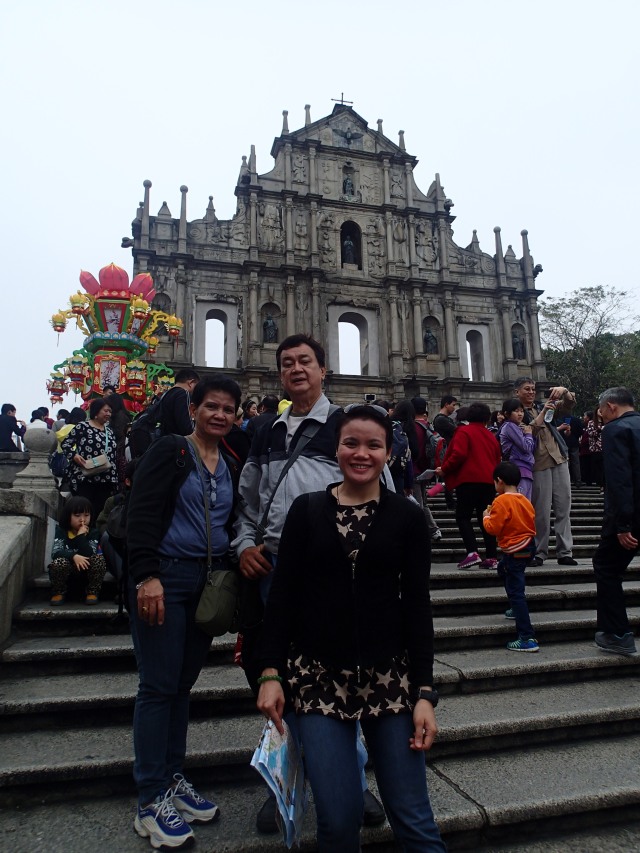 From there, we went to a park near the church and took a cab to Guia Hill to see the Guia fort and Light house. It was said that it was built at the highest point of Macau. Of course, I wanted to go there.

After the hill, we trailed the pavements to descend and took a cab to the ferry terminal going back to Hongkong. We decided to get our dinner (dimsum) from Temple St. And headed back home.