I was actually looking forward to this day because it was the day we would be witnessing the most talked about CNY fireworks display.

Before that, we went for the usual tourist spots around Hongkong and Kowloon Islands. It was darn crowded everywhere. First, via Peak tram, we headed to the Victoria’s Peak. I’ve to say, it was a little over-rated. Tram queue was ridiculously long when in reality, we could actually just take the bus or walk the trail to go up. My parents wanted to experience the tram, hence, we queued for about 2hrs for that (anything to make them happy). 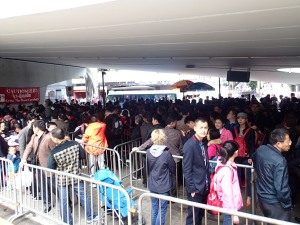 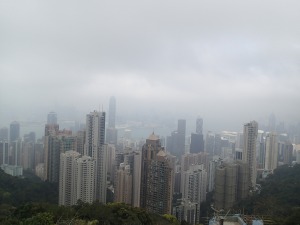 We took pictures and headed back down to the city. We planned to take the famous Star Ferry to cross the harbour going to Kowloon Island’s Tsim Sha Tsui. From the terminal, it was only a few minutes walk to Avenue of Stars where we would be waiting for the fireworks display.

When we arrived at about 3pm, Crowd was only starting to build up. Fireworks won’t be up until 8pm. So, we had 5 hours of waiting – walking along the Avenue, resting, going for toilet breaks x5-..haha Die-hard photographers were already lined up along the harbour even before we came. They must have camped out there to get the best positions to take videos and pictures.

At exactly 8pm, the skyline brightened. Like stars scattered, they illuminated the entire place. It was beautiful. The almost 25minutes of fireworks display was amazing! Woots, I gotta say that the wait was worth-it.

After the display, we headed home for dinner and a little shopping.=)

I just liked these: