The hills are alive in Salzburg, Austria

Salzburg was approximately 1hr 45mins away from Innsbruck. The hotel I booked, Ibis Salzburg Nord Hotel, was like more than 2km away from the train station and the city center. It wasn’t very near but it matched my initial budget for accomodation (it changed after this by the way). So with the help of the app, Mapswithme, I was able to walk to the hotel, passing through local neigborhood with the question in my head, “where are the people?”.

After about 45minutes of walking with my backpack on, I found the place. I checked in and immediately headed out to the city center. I thought, I should never ever waste time. I had to take bus 21 which took about 15minutes to the center and it cost me EU2.50 per ride. Considering that Innsbruck and Salzburg were not very far from each other, I wondered why the price difference of 50cents for bus rides?

Anyway, I walked by the river and along the old town which was an eye-treat. Street musicians and performenrs alike were scattered around the place making the area very much alive. I went back to the hotel at about 10pm.

The next day, I bought their Salzburg card for a day from the hotel’s reception because I knew it would be more practical to do so, coz they’ve alot of interesting places to visit. First stop was the Unterberg, I wanted to go for a mini-trek to get a closer view of the Alps. I took bus 21 to the city and then bus 5 to the cable car going up the mountain.

Atop the mountain there were different hiking options. 5-6 hrs, 1hrs, 20mins etc. I just decided to go for the visible cross on the other side, which was another view point. It took me about 45minutes to trek there and another 30minutes to go back to the cable car station. View atop there was spectacular. I was amazed to see people bringing dogs (2 per person) and women carrying their kids on their backs while climbing some of the steep parts.

After the climb, I went for the Hohen Salzburg Fortress. The building was obviously standing high atop a hill but the entrance was hell, difficult to find. I used a lot of time, looking around on how to “climb” in. After about an hour of walking up and down, looking high and low, I eventually found a small stairway heading up to the trail going up the fortress. I used the funicular on descend. 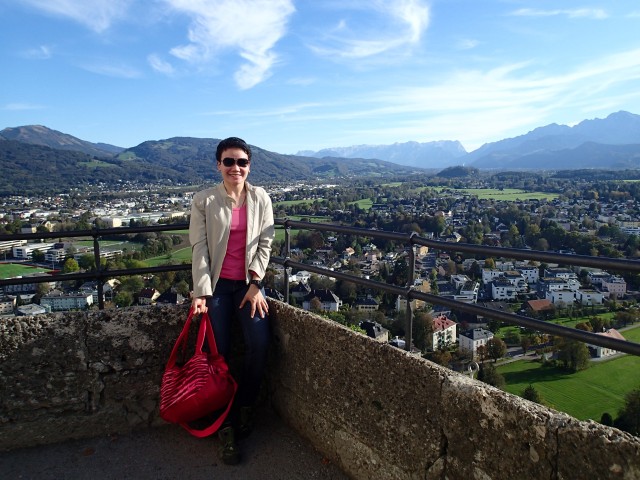 Just below the fortress was the beautiful Salzburg Cathedral, and just beside the cathedral was Mozart’s Square. Salzburg was Mozart’s birthplace, hence, I went to his residence, Mozart’s WohnHaus.

I then, went for a walk to Mirabell Palace Garden which was famous because parts of the Sound of Music was shot there. I particularly liked the vine tunnel, coz I love symmetry so much and the Dwarf Gnome Park. 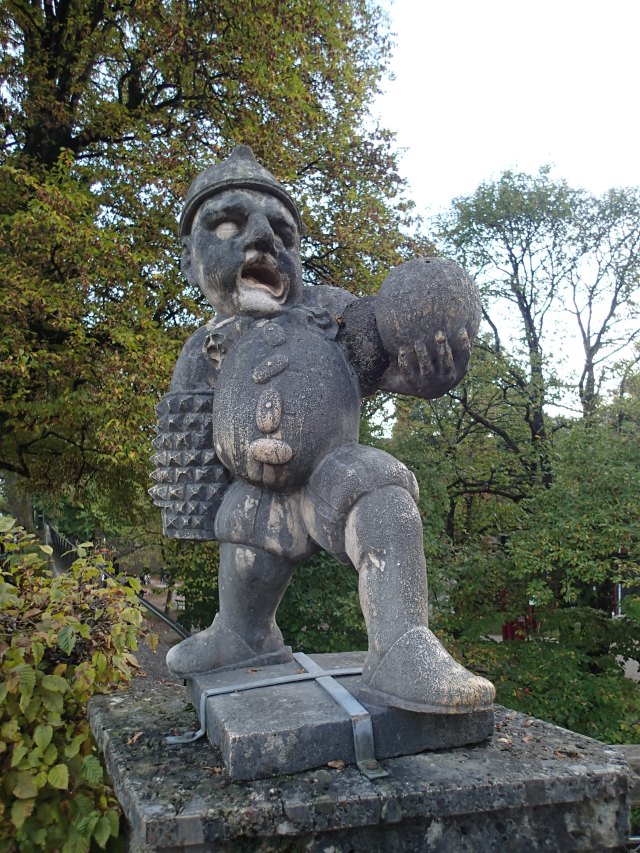 After strolling around the park and hoping I had a hand to hold, I went back to the river and walked back to the old town to find dinner. I retired after that.